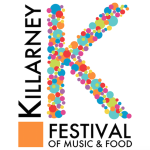 It’s the middle of June, which means Night Becomes Light is almost 8 months old. Like all 8-month-olds’ this means it’s starting to move a bit more, making itself heard a bit more, as well as keeping pretty ridiculous hours. We’re still proud! Aside from the baby analogies, We’re having a busy summer – as well as playing up and down the country and abroad we’ve got some very cool stuff this weekend – Leopardstown Live in Dublin, InisFest in Ennis, plus Groove fest in Bray the following weekend…. all tickets here: delorentos.net/shows

Two exciting bits of news for you:
We’re going to release Everybody Else Gets Wet as our next single! Here’s a sneak peak at the artwork and everything. Awesome. Thats Bolands Mills in Dublin, previously part of the 1916 rising, and now probably part of the Google nuclear program. Thats us looking wistfully at it. Ask you favourite DJ to play it! Or just get the album… 🙂

Finally, we’re pretty excited to tell you we’re off to Canada to do loads of exciting stuff, including the famous Toronto Festival of Music and Beer at the end of July! Tell your North American friends! We’ve some more deadly stuff to come in our next blog in two weeks, including new tours, tv, and special stuff – keep an eye out!

We’ll leave you with this, an acoustic version of Show me Love recorded in Murcia, Spain for the C’Mon Murcia site, and our first NBL acoustic session (we’ve loads more to come):